Are You a Hero or the GOAT? Things You Can Do to Be the BEST YOU

Level Up with Level 1

A note on the links below:

Assume that any link I send you to from this website is an affiliate link. That means if you go to a site I recommend, and you buy something from it, I get a commission. However, you won't pay any more for it than if you'd have just gone there on your own.

In other words, the vendor pays me - you don't. 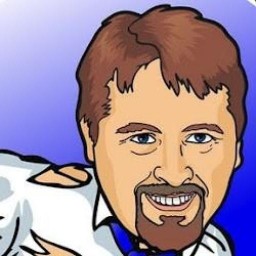 I could have titled this post, “Are You the Hero or the Goat?” and it would have meant something entirely different.

Let's talk about that phrase for the moment, “hero or goat.”

Goat is Short for Scapegoat (or is it?)

The phrase was popularized by the late Charles Shultz in his Peanuts comicstrip. Charlie Brown was the captain of his baseball team, and he was either the hero or the goat based on that last critical play of the game: Did he catch the ball (hero) or drop it (the scapegoat)?

The phrase is largely confined to sports: You hear it all the time. “He's the hero.”

“Bill Buckner is the goat!”

“Johnny Manziel threw a pick six interception that cost the Browns the game. What a goat!”

You probably get the “hero” part. But why the “goat?”

Origins of the term “Goat” to mean loser

It goes back a long way. Here's the tl;dr summary:

[su_quote cite=”Inside Survivor” url=”http://insidesurvivor.com/survivor-history-origin-of-the-goat-685″]Lets travel way back to Ancient Greece and dramatic theatre. Without getting too intellectual, it is interesting to look to Greek tragedies for the origin of the goat phrase because the word tragedy itself literally means “goat song” (my emphasis added). In many Athenian play contests a prize of a live goat would be awarded to the winner, and sometimes even sacrificed as part of the worship to the god Dionysus. Goats being sacrificed as part of religious worship can be traced back centuries.[/su_quote]

So a goat was given to the winner to eat or raise. Either way, the goat's fate was sealed: He was the loser.

Now, let's shift a bit. I mentioned that the title could have been, “Are You the Hero or the Goat?” But I chose to use the title I used for a reason:

I'm not focusing on winning or losing.

Instead, I want you to focus becoming the Greatest Of All Time, or the GOAT.

The Greatest of All Time

Muhammad Ali often boasted, “I am the greatest of all tiiiiime!”

And he was. It didn't mean he never lost. He lost more than a few times. His professional boxing record was 56-5 (the last two coming in his last two fights).

Was he the Greatest of All Time because he was the best boxer? No. He wasn't the best boxer of all-time. There are many champions who could lay claim to that title (Joe Louis, Rocky Marciano, Sugar Ray Leonard, Mike Tyson, Marvin Hagler — it's a long list).

But he was the greatest because he said so, and then won many championships to prove it. To solidify it in his head (first, ahead of the fight, often getting into the head of his opponents) and then his audience's head (later, in the ring).

Becoming the Best You that You Can Be

The point is this: You can be the hero, or the goat, or the GOAT. I can assure you of this: In order to be the GOAT, you'll be the goat some times, and you'll be a hero most of the time.

It's about taking chances. Taking on those opponents (if in business, those projects) that scare you. They could beat you–even if you prepare like you've never prepared before.

You have to like to win. Hate to lose. But know that losing helps you find a way to win. Sometimes life kicks you in the nuts when you're not looking, sending you to the ground in a curled-up mess.

Try again. And again. Until there ain't no more trying. You're either on top or dead.

Ali was a 4-time heavyweight champ because he lost the title three times. He came back. Again and again. He practiced his craft. Each loss sent him back to the drawing board. He had to tweak this, change that, throw this out, add that in. Losing made him better. He took chances. Risks. But they were calculated risks. Nothing crazy. He didn't try to fight a grizzly bear. That's stupid.

Becoming the GOAT takes work. It doesn't come easily. Heroism is a fleeting moment. It's a blip on the radar screen of time. You can be a hero without much preparation. Like that time my friend, Doug, saved a drowning kid. There was no preparation—he saw a kid flailing in the water, dove in, and pulled him to shore. He was a hero, literally.

But he didn't train for that. It was a reaction to something he saw. Luckily, he knew how to swim.

Doug found himself in what you may call “a situation.” No, not this guy:

A SNAFU, if you will. In case you didn't know, that's an acronym for a military term, “Situation Normal, All Fucked Up.”

Winning in life is about learning from your experiences

But becoming the GOAT takes a series of heroic efforts, along with some cases of being the goat. You win some. You lose some. You learn from both outcomes.

Now, this didn't start out being a post about how to become a hero. Or goal-setting. Or any of that “get out of your comfort zone” bullshit.

It's about becoming the best you you can be.

My friend, Colin, said it best (in reference to comfort zones):

THAT is what I'm talking about!

At the end of the day, you may not care about becoming the greatest boxer, or baseball player, writer, singer, or marketer.

But if you hone your craft, practice, take calculated risks, and go out there and JUST DO IT (and be willing to be the goat from time to time), you can become the best you you can be.

So, what do you say? Is it your time to be the GOAT?

I help entrepreneurs set up simple internet marketing systems that allow them to work as little (or as much) as they want to earn multiple streams of income. I also show people how to do stuff on the internet, mostly in the internet marketing space. I cover everything from blogging, WordPress, and social media to content marketing and internet marketing. Come find me on Google+, as well as on my web site, Internet Marketing Muscle. Visit my Amazon Author page to see all of my published works.